Your Cart is empty.

Top 10 Facts About Honey Bees (Some May Surprise You!)

Friday January 20, 2023 0 Comments
0 Like
For a long time, we have been using honey that is produced by honey bees in our daily routine for either medical or recreational purposes. For some people, there can be hardly any day to imagine in which they cannot consume their favorite honey either by adding a teaspoon of honey to their morning tea or the bowl of cereals or by adding it into lemonade.

Although honey is a necessary part of your daily lifestyle, did you ever know about bees? Well, there are many surprising facts about bees that one should know if they ever enjoyed having honey full of a teaspoon. So for all the honey lovers or even the occasional honey users, in this article, we will discuss some interesting facts about honey bees that may surprise you.

Honey bees were living around 150 million years ago, and there is even fossil evidence! The Egyptians and various civilizations have been using honey derived from bees for multiple purposes. You will be glad to know that honey was used to make a special kind of wine called “mead” by the people of Northern China in 7000 BC by fermenting the honey. The use of honey in religious ceremonies and symbolism goes back centuries in various holy books and ceremonies.

#2 Honey Bees Are the Very Clean 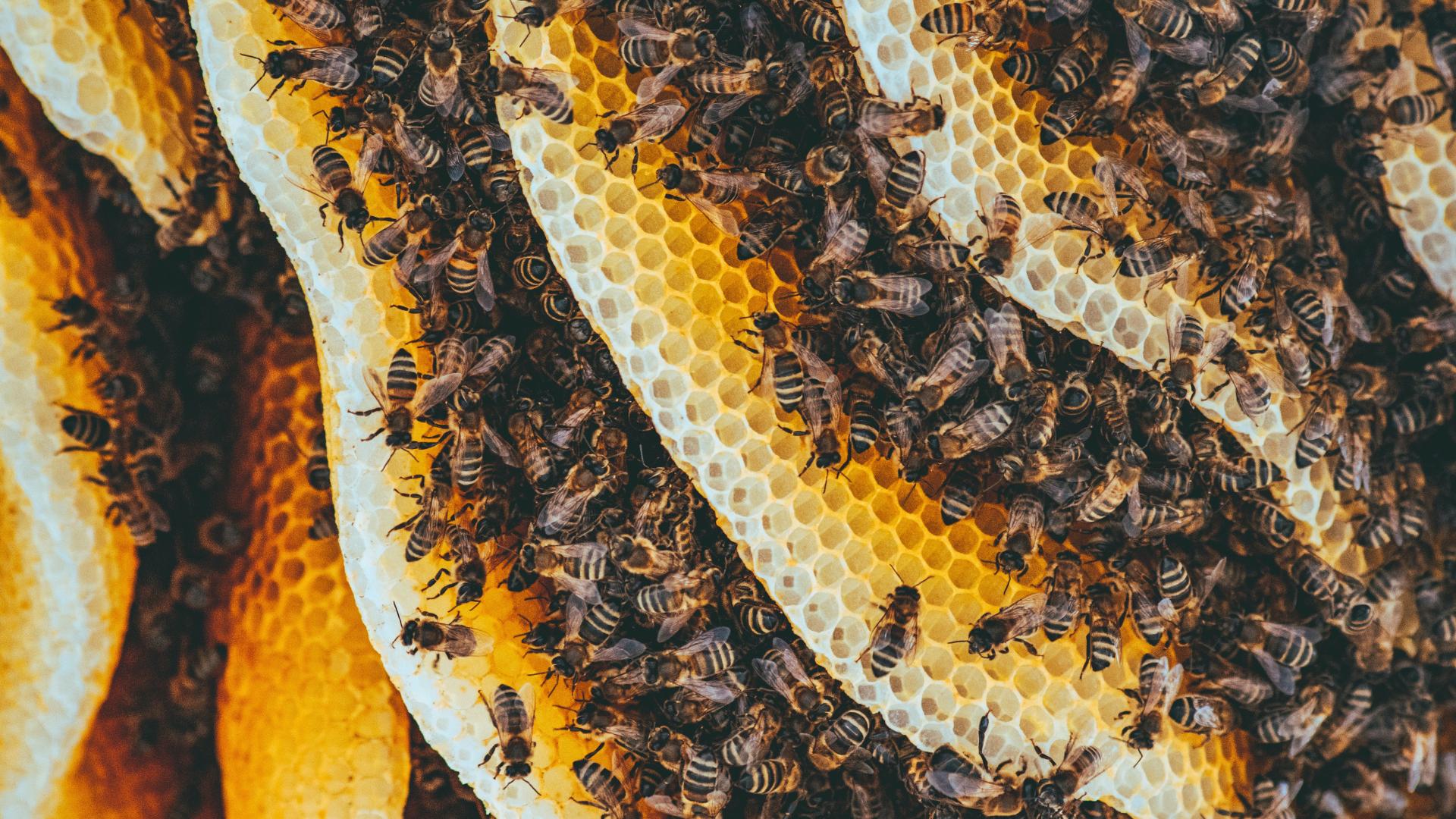 Most of us (including me) think that bees are untidy after looking at the hive bees, but this is not actually what we believe. Cleanliness is maintained by the bees that maintain the hive. The queen is the only bee that defecates inside the hive, and designated bees clean up after her. The honey bee prefers to die outside the honeycomb and does not pollute the food and environment inside the hive. So now it is time to take some inspiration from the honey bees as it is proven that honey bees are much neater and cleaner than we are.

#3 Worker Bees Are The Doing The Real Work 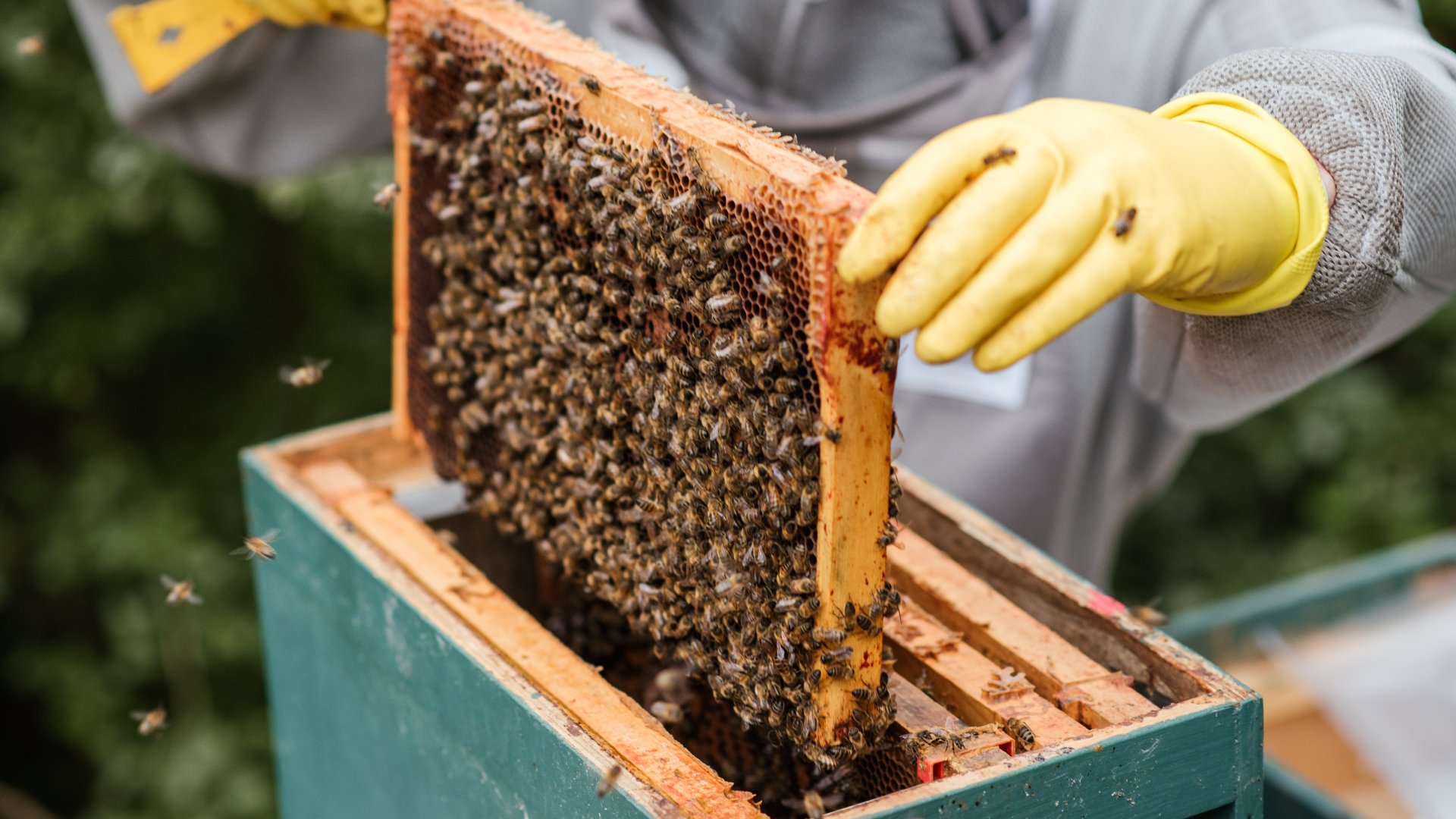 Apis mellifera is unable to carry pollen from so many flowers altogether. So they visit 50 to 100 flowers before returning to the hive once they collect some of the nectar from flowers. Wait, we were talking about honey bees, then how did these Apis Mellifera come into the picture? Haha, don’t worry, Apis mellifera is another name for the honey bee. These round-trip foraging expeditions constantly wear out a body of worker bees throughout the day. During his short life span, a forager may cover 500 miles and live three weeks or may travel around the world. 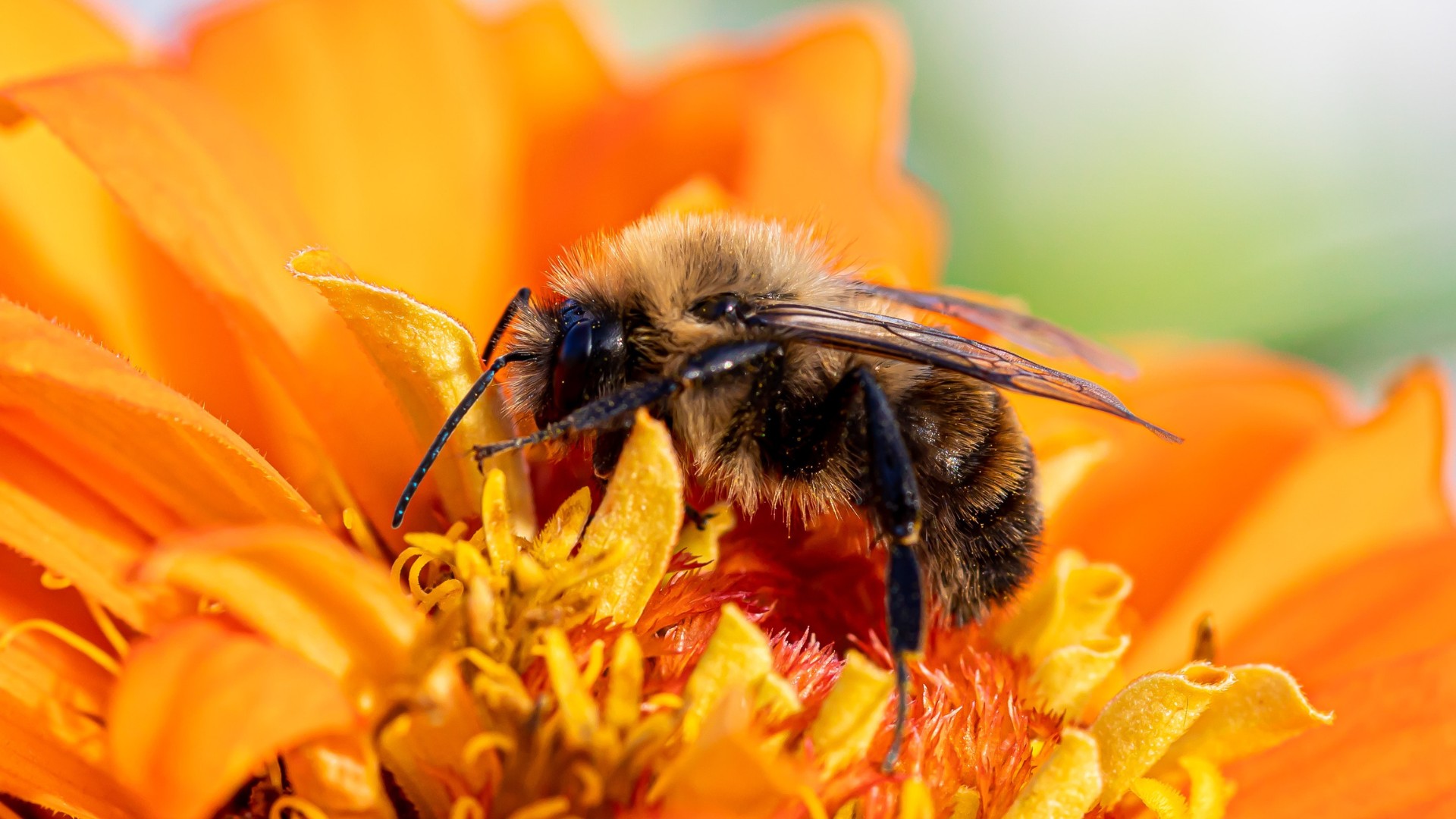 Unlike female bees, male bees have no stingers and don’t work. The only purpose of their existence is to mate with queen bees. A stinger is always attached to a female worker bee, and female queen bees are the only ones capable of reproducing. Also, the workers are exclusively female. So if you get stung by a bee, it’s probably the female one who stung! Unfertilized eggs produce male bees, representing only 15 percent of the population of a colony. However, the presence of drones indicates that the colony has plenty of food, so drones are a sign that the hive is healthy.

#5 The Hive Can Produce an Emergency Queen 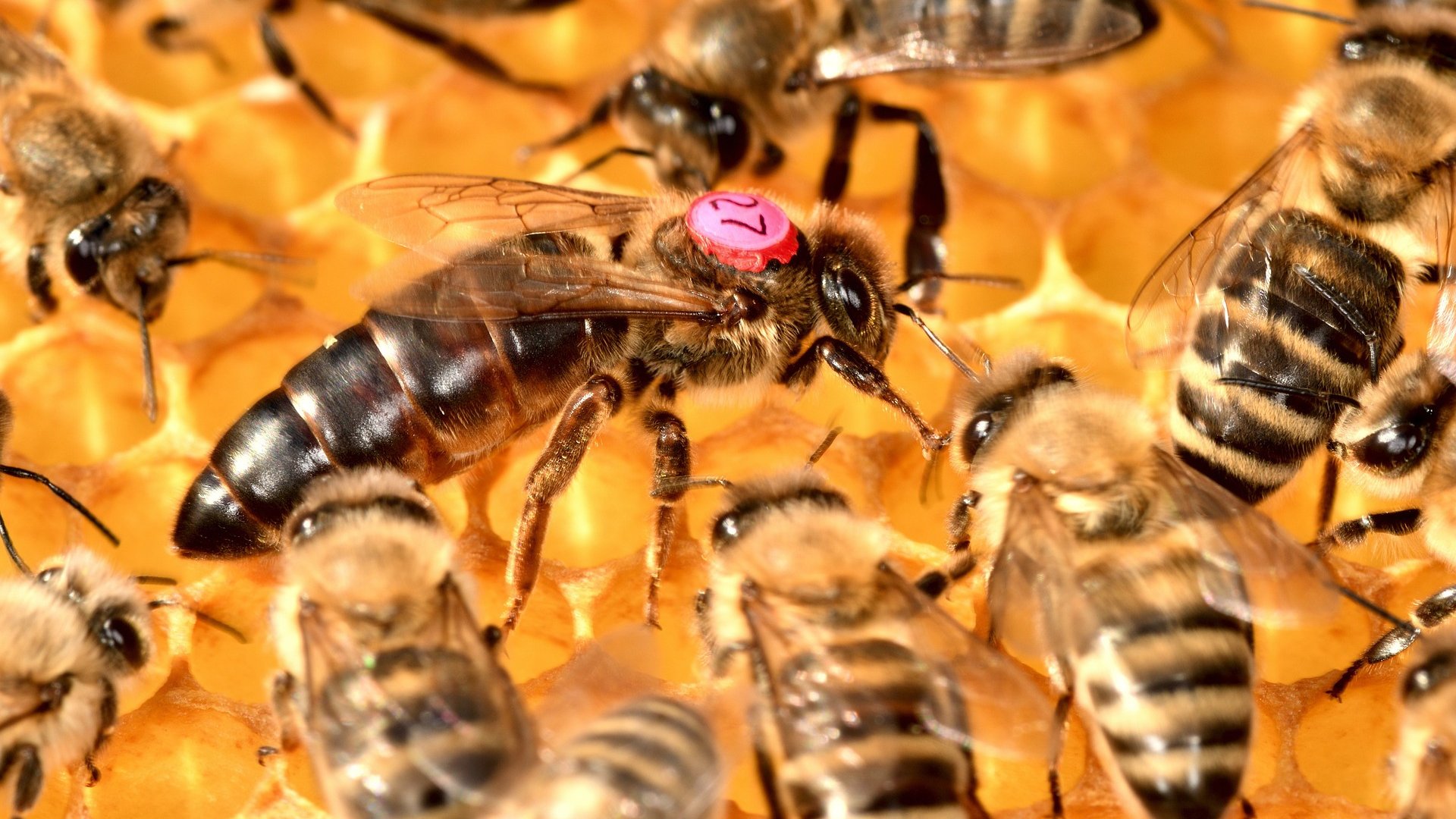 We all know that the queen is responsible for the laying of eggs and producing other bees, but even so, what would happen if the queen bee dies? Well, there’s nothing to worry about because when the hive loses its queen, it can create an emergency queen, which will be done by swapping out what larvae are waiting. Once an exclusive diet of royal jelly replaces the bee bread and honey, it can result in creating a new queen from worker bees. Although they are not as good as the queen as when these worker bees are fed honey and beebread, their ovaries shrink so that an emergency queen won’t be as successful as one fed royal jelly from day one.

#6 Honey Bees Can Produce Without Even Mating Again

The average lifespan of honey bees is more than three to five years, and their biological cycle is much different than ours. The queen bee, just after taking birth, flies from the hive to mate. If she fails to comply with the mating process within twenty days, she loses her ability, but once the honey bee has been successfully able to mate, she never needs to mate again. As long as the queen lives, she uses the sperm that is retained in her spermatheca to fertilize eggs.

#7 Queen Honey Bee Can Lay Hundreds Of Eggs In A Single Day! 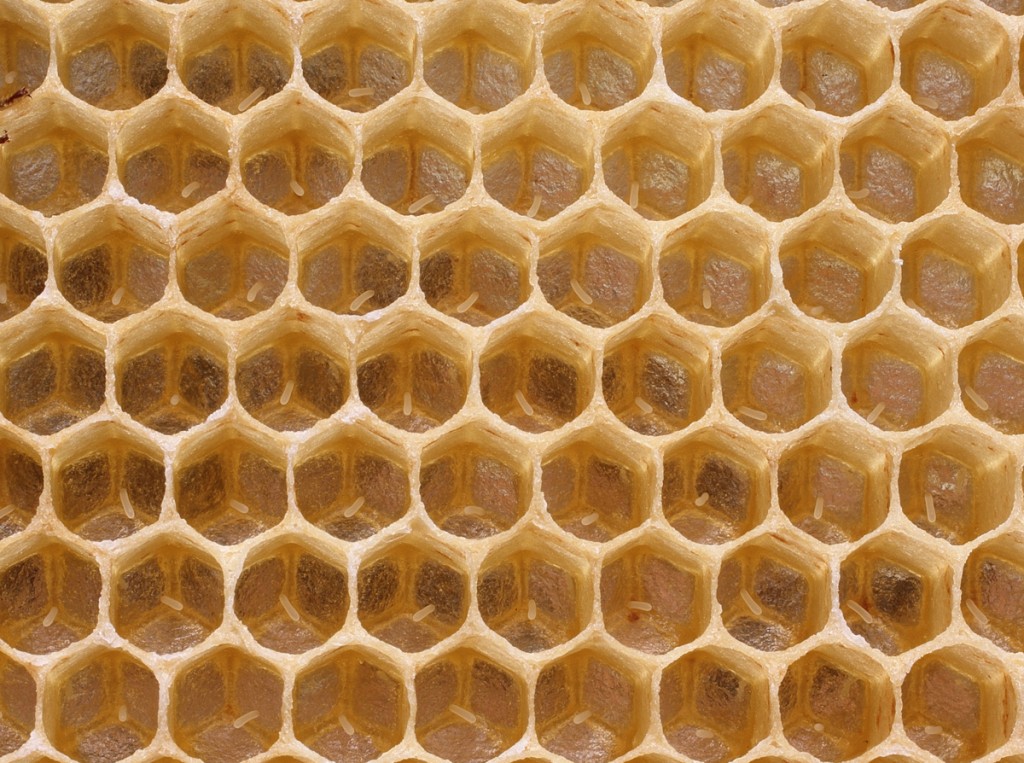 You found the above fact, no 6, to be interesting, right? But how about this fact that says honey bees can produce around 2000 eggs per day! Yes, you heard correctly. It is said that the queen begins laying eggs 48 hours after mating and can lay as many eggs as her whole body weighs in one day, and a single queen honey bee lays more than a million eggs in her lifetime! Doesn’t it sound great? This calculation was about the whole day to know about the minute calculation. It’s time that you do some of your own math and knows whether you are good at it.

The Male honey bees, also known as drones, have only one purpose in their life: to provide sperm to the queen honey bee. These male bees are prepared to mate after they emerge from their cells. Once they’re done with the process with the queen, they eventually die. Yeah, That was a hurting fact…

Additionally, the waggle dance reveals that a honey bee has found a food source, water source, or a new home. It’s also true that honey bees have brilliant boogers! Waggle dances are their way of sharing information about the best food sources. As the worker makes his way back to the hive, he forms a figure of eight and waves his body to signal the direction of the food source. Cool, huh?

#10 Queen Is Made And Not Born

Like every throne can have just one king in the same way, there is only one queen per hive. Royal jelly is fed to larvae for a certain period of time by worker bees. The larvae receive royal jelly through the antennas of the worker bees, which secretes it through their heads. The larvae will become queens with the royal jelly because of its high vitamin and nutrient content. As only one queen can exist at one time in a hive, the potential queen bees will fight until there is only one surviving.

So these were some interesting facts about Honey bees that we presented to you. With the changing times, just like other insects, for so many reasons, the proportion of the honey bees is reducing day by day, and their population and the only thing responsible for this is humans. So we have to make sure that we are taking the necessary steps toward their protection and make sure we are not causing more harm to them.